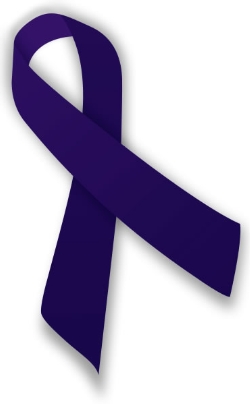 App’s anonymous tip line now features category for bullying/harassment
While October is National Bullying Prevention Month, the scourge of taunting, harassment and bullying can persist year-round without careful attention to preventing it or stamping it out when it happens—a mission Bryan ISD officials are excited to announce is now happening with the district's Mobile App.
The “Bryan ISD App,” available for Iphone, Android and viewable on Windows devices, has always featured a tip line encouraging anyone to offer suggestions for improvement or money-saving ideas, but users can now anonymously report bullying/harassment with just a few taps and swipes on their mobile device.
“The national movement to shine a light on bullying and harassment and wipe out these destructive behaviors has thankfully spread to every classroom and is on the hearts and minds of educators everywhere,” said Bryan ISD Superintendent Tommy Wallis. “The addition of an anonymous bullying and harassment tip line to our mobile app is yet one more way we can say to bullies everywhere, ‘This stops now.’”
The new mobile app tip line allows users to report instances to a particular school, by selecting the school’s name in the app, or reports can be made to the district overall. Tips are sent directly to school and district administrators for action. Tip line submitters can select whether to include their location or remain anonymous—or not—and even upload a picture to go along with the tip.
On average, the district of nearly 16,000 students receives about 145 reports of bullying each year. Over the past three years, the number fell from 157 in 2010-11 to 139 reports last year, a decrease of 11 percent. The district expects the bullying/harassment tip line to encourage more reports of these instances, but the emphasis on a bully-free culture at Bryan ISD should drive those numbers lower in subsequent years.
Reported incidents of bullying, whether brought forward by the app, a phone call, e-mail, in person or some other means, immediately trigger a multi-step process to investigate the allegation thoroughly. Principals and assistant principals gather information, notify parents and consult the district’s Student Code of Conduct—which spells out the definitions and scope of bullying and harassment.
District officials note that bullying and harassment extend beyond physical violence or intimidation and can include electronic or cyberbullying, as well, which are taken equally as serious as a physical threat.
“We’re going to protect every kid, in every classroom, and the ability to anonymously report these incidents will encourage more people to come forward if they don’t fear stepping forward to make a report,” Wallis said.
For definitions of bullying/harassment, see the Bryan ISD Student Code of Conduct (glossary pages 30 and 32).
Below: English/Spanish steps to download the Bryan ISD Mobile App and access the new bullying/harassment tip line feature